did tons of it. I fixed my old Papier Mache clock, and made a bowl and several small figures. Nothing is finished but all are drying at present. 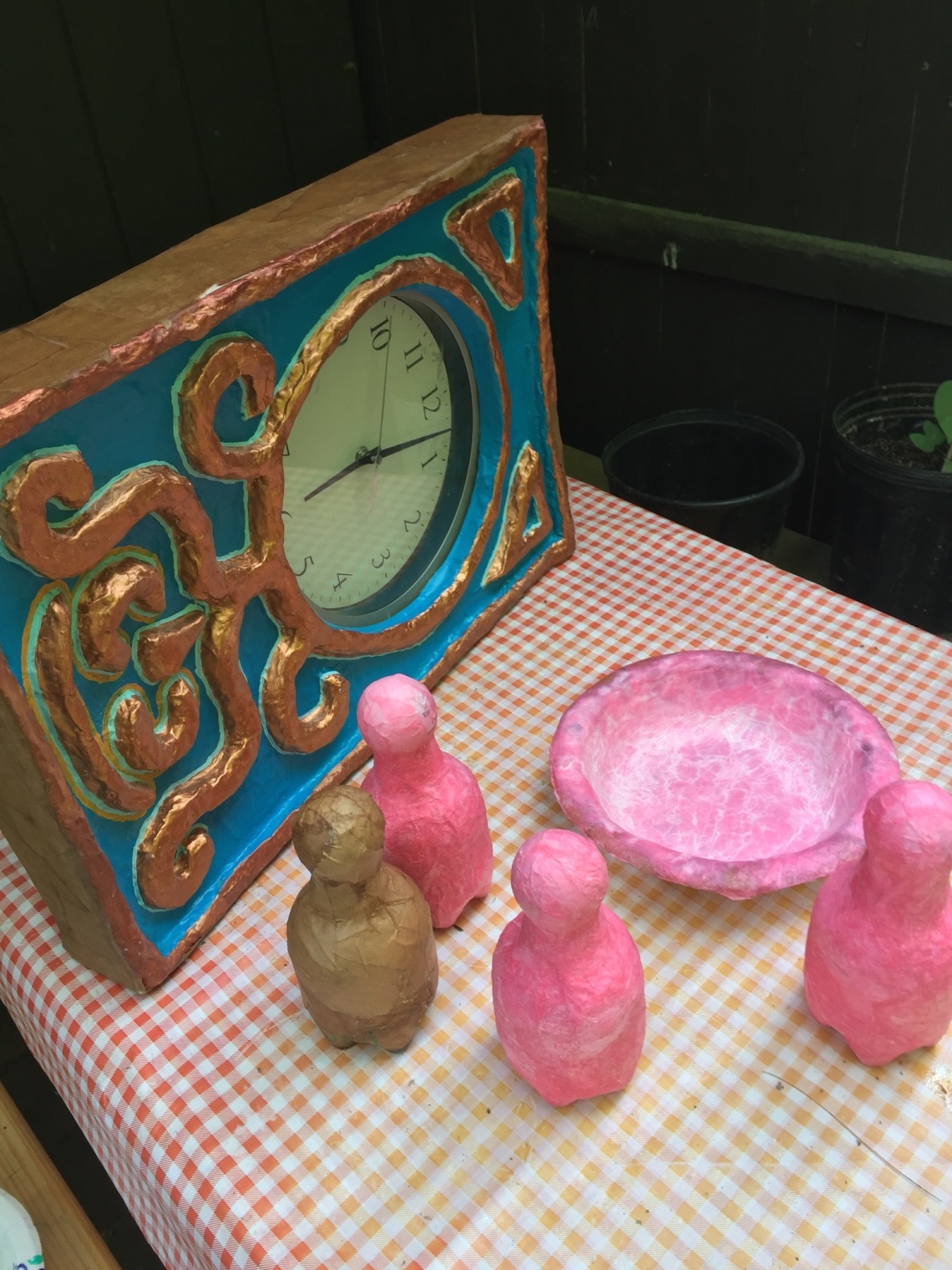